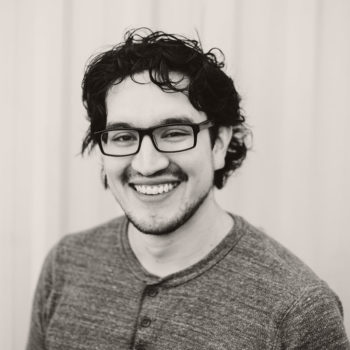 Jorge R. Canedo Estrada (Jr.canest) is a Vancouver-based freelance animator & creative director. He is the founder of WINE after COFFEE, a curated vimeo channel for animation & motion design, and of Blend, a motion, design & animation festival in Vancouver.

Originally from Bolivia, he won a scholarship to Vancouver Film School when he was 17. Since then, Jorge has been on staff for some of the best studios in the field: Buck in Los Angeles and Giant Ant in Vancouver. His motion design work shows an obsession with detailed keyframe animation, simple visual style and strong connection with audio.