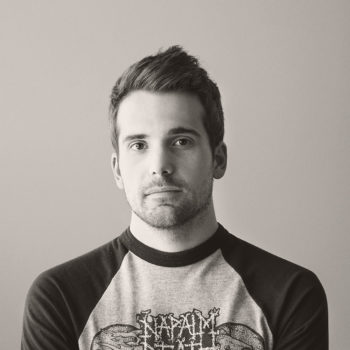 Jay Quercia is currently working as an Art Director for the Portland arm of Oddfellows, a small animation shop originally based out of San Francisco, CA.

After failing miserably at being a touring musician, Jay began his professional career as an interaction designer at Big Spaceship in Brooklyn, NY. He has since collaborated with the likes of Giant Ant, Goldenwolf, Blacklist, Monocle, Wired Magazine, Nickelodeon and Google Creative Lab just to name a few. Jay is also a moderator of Wine After Coffee, a curated feed of noteworthy animation and motion design.

More importantly, he has enjoyed text-based adventure games, 90’s sitcoms and having breakfast for dinner.